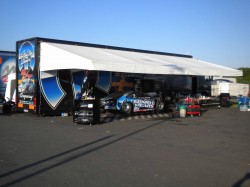 It all started with the rumors that no one from Scandinavia would go to the Main event cause of the track, the weather and of course the money issue. But as time went on, some of the rumors dropped dead to the ground. Our main sponsor Ernryd cars, told us that we dont give away any points in the championship for free, so lets go to Santa pod…guess if we are glad that we did 🙂

At arrival the weather looked okey, but that changed quickly during the weekend. 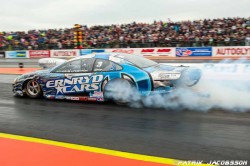 All the pro teams got a test session Friday evening. We didnt made it down the track that time. Just smoked the tires and hit the rev limiter on the engine. The weather was cold, so the engine had good horsepower, but the lack of traction made it hard to launch the car. 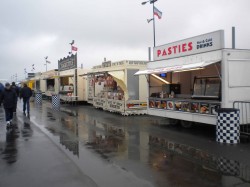 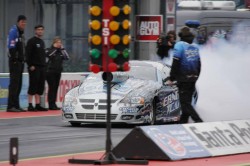 The sunday was sadly aborted due to massive rain.  Second qualification was no improvment, 6.750s and 206,02 mph 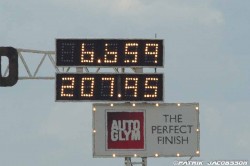 First Elimination round is against Conrad Stanley. Our 6,659s 207,95 mph took the breath out of everyone on the grandstand. Not only did we win the race and move on to the final…We did the fastest run ever, in a European Prostock car.

Micke Callin had a solo in his first round but didnt really make it down the track, Thomas got the lanechoice for the final, and the team put the car up for another great run. Thomas made 6,716 s 206,01 run and that backed up the speed record and made Team R/T the winner in Pro stock , Main event,  Santa pod 2012. 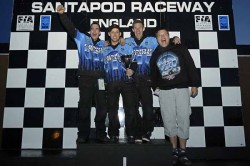 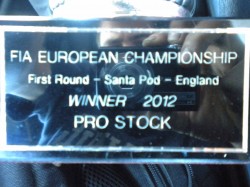 One week to Championship event nr 2, in Tierp.  Be there and watch us put fear in the General Motors boys. 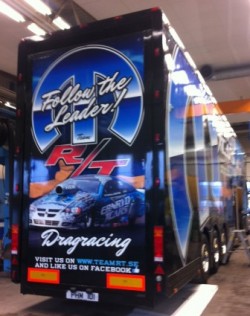 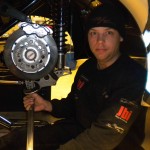 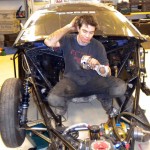 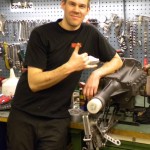 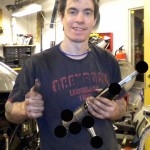 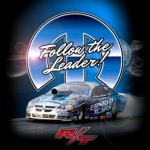